Our project takes its name from the final verses of this poem by Camilo Maturana (chilean poet and refugee in Italy since Nineteen Seventy Four 1974). It is a public history projects on memory of the Allende government, of the coup d’etat, of the short-lived resistance, of the exile and of the difficult return after the end of the military dictatorship.

Sopra il vostro settembre is a multi-layered project. Firstly, it is a documentary in episodes which, starting from the personal stories of a number of Chilean exiles, tells a much wider story about the Andean country and about some dynamics that underwent in the South American continents. Secondly, it is a digital archive, which contains archival documents and a collection of the digitalised patrimony found online: on personal blogs and on websites of associations and (political) groups. Lastly, it is a website with historical analysis on Chile and South America. 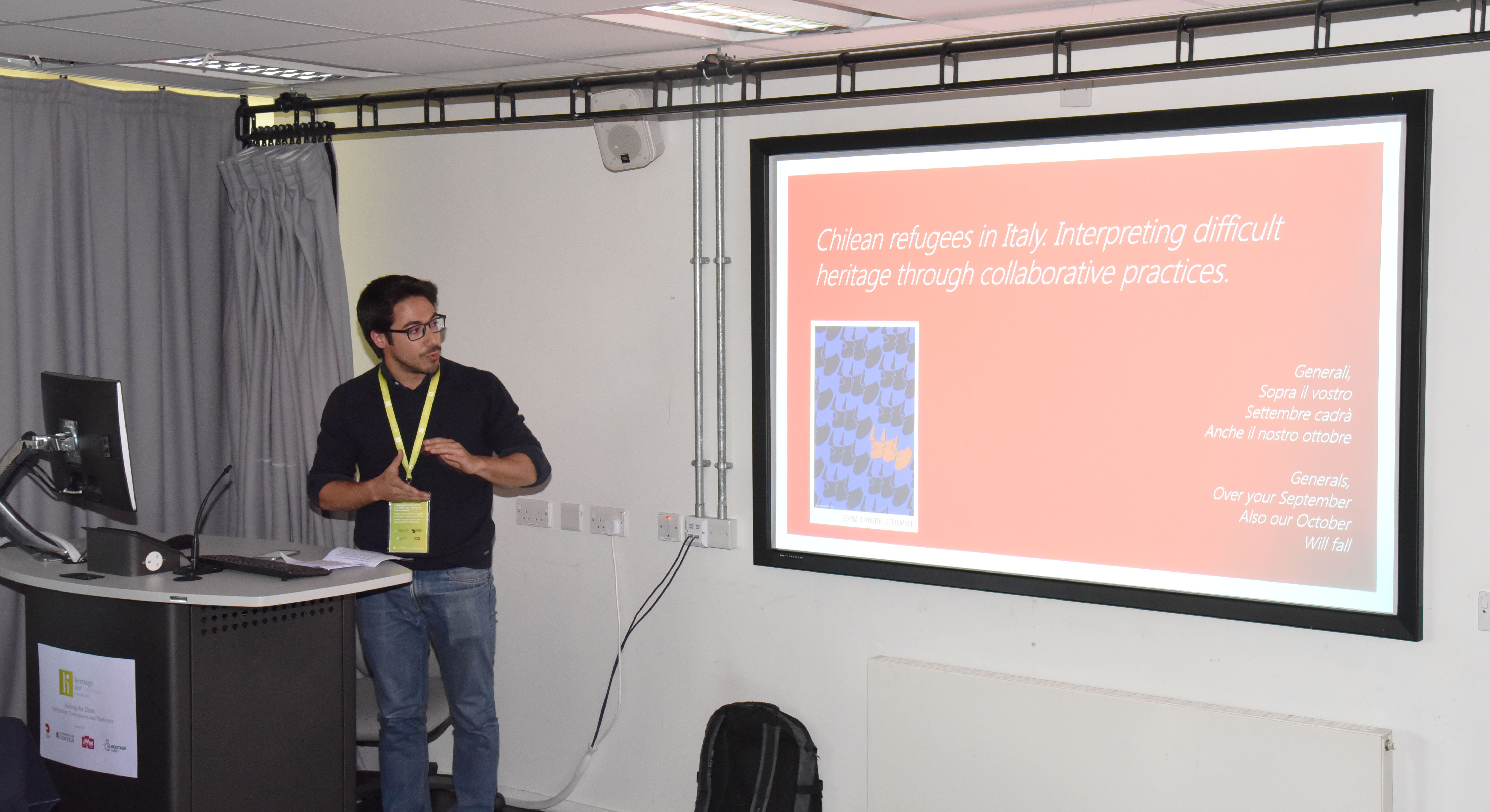 More in general, this is a story that speaks of extremely interesting phenomena for historians: the construction of “oblivion pacts” and the process of pacification in countries which have come out of military dictatorships in controversial ways. The effects on both the socio-political system and the politics of memory – especially at a collective level – are still clearly visible nowadays. From this point of view the continent “desaparecido” is an optimal observation point to understand the twentieth century and, in particular, the Cold War.

Furthermore, Chile stands out as a case study: here official memory is represented by the report of the two ‘truth and justice’ commissions (Nineteen Ninety 1990 and Two thousand and three 2003), which have worked on desaparecidos, political imprisonment and torture. Despite collating an impressing number of testimonies, they did not produce judiciary results. Moreover, they have denied the possibility to investigate from a historical perspective the events of the eleventh of September Nineteen Seventy-three (1973). Historical evaluation and analysis are on this “suspended”.

The four protagonists of Sopra il vostro settembre reflect the different sensibilities within the wide social and political coalition which supported Salvador Allende and its one-thousand-day-long government. Lucy, Mecha, Mono and David. Each of them belonged to a different left-wing political organisation and came from a different area of the country. Each of them tells of a segment of the Chilean society of the Sixties, of the political ferment which made possible the memorable election of the Socialist Salvador Allende in Nineteen Seventy (1970) and the government of the Unidad Popular alliance. That phase of Chilean history had a lot in common with other South American countries: the desire for a full independence and for modernisation, the widespread democratic and revolutionary ambitions, and the violent conservative and military reaction. This last characteristic especially reflected national, regional and global dynamics, becoming a tragic appendix to the cold war in what was considered the United States’ courtyard.

All four protagonist were forced to flee following the coup d’etat, some straight after it, some later. All four went through the Italian embassy in the capital, Santiago, only safe place to reach in the night, running to escape the military patrols that surrounded the building. All four arrived in Italy, after a long time spent in the overcrowded diplomatic headquarter, fearing to be stopped on the way to the airport. All four live the difficult experience of the exile, the long-awaited chance to come back, and the impossibility to return once the dictatorship is over.

We believe that these stories need to be listened to and need to be analysed with an historical approach. In so doing, they will become useful in order to clarify suppressed episodes and most importantly to recompose the picture of Chilean modern history. Sopra il vostro settembre intends return a sense of dignity and importance to little known stories, which are paradigmatic of a wide array of collective experiences (the repression, the resistance, the exile, the return), which concerned around one million of political refugees in the seventeen-year-long dictatorship. These stories are also deeply intertwined with the Italian history, re-opening a debate on the years of Pinochet and on the return to democracy, that nowadays have been normalised – first of all as memory.

The point of view is indeed the personal perception of the protagonists, who answer the interviewer’s questions. The principles and the methodologies that informed our work are those of oral history, public history, and of what in South America is termed as “historia reciente”: to build a counter-narrative to the official one, which has been mutilated and sanitized for the public abuse of history, and to do it starting from the words of those who, despite having given everything for the emancipation of their people first, and to resist to the terror of Pinochet’s dictatorship later, have now found themselves silenced or without a voice. We are doing this by working together with the witnesses: the story is built with them and their communities: the exiled community in Italy and the communities in their homeland. 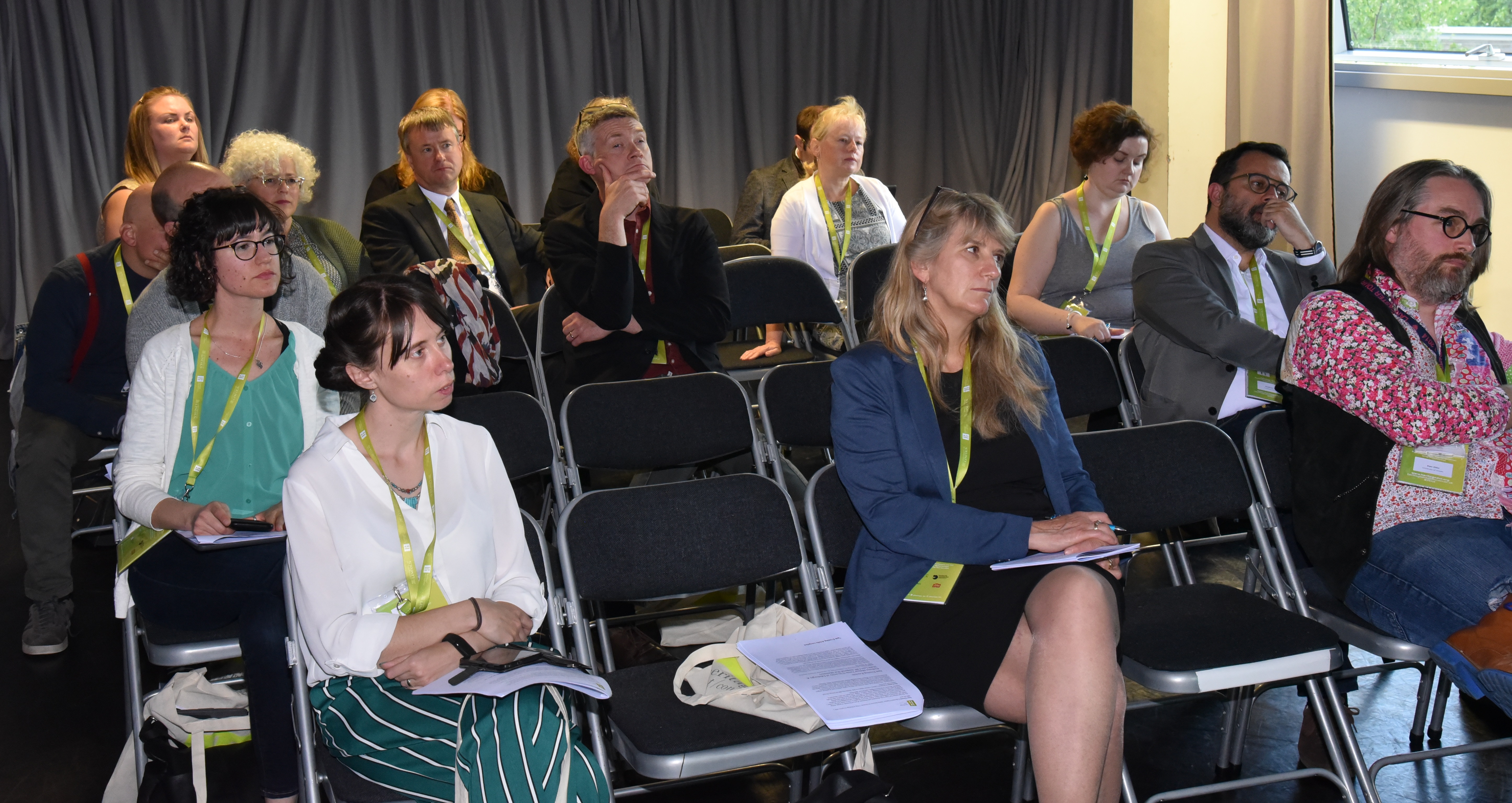 At last, this is a work of historia reciente: while in the West, Francis Fukuyama hailed the “end of history” as the result of the end of the Cold War, two Argentinian historians, Marina Franco and Florencia Levin, reminded everyone that instead, in their continent, history was not over, but was instead very “present” in the absence of the desaparecidos, in the political prisoners freed after decades, in the wounds of the victims of torture, in the problematic adjustment of the returnees from the exile and in the refusal to recognise the legitimacy of the resistance against military juntas. “Historia reciente” – Franco and Levin say – “is a product of trauma” and oral history is the tool to deal with this trauma, to voice the “denied memories”, to deny the official memory of the transition and to call for justice in national courts.

To summarise, Sopra il vostro settembre is a teamwork: coordinated by a historian, many professional figures contribute to it. As said, public history is the frame of this work. We identified two especially interesting sub-categories, which we could call “graphic history” and “public music history”. These include the creation of specially made graphics by an architect with graphics skills, for the promotion and communication of our contents, starting from our logo, inspired by a murales of Hector Mono Carraco. The comic-style portrayal of our four interviewees for our website was drawn by a professional illustrator. An independent musician composed instead the original soundtrack for our documentary. Moreover, the website and the digital archive and the editing of the documentary have been made possible by the contribution of a web designer and a videomaker. Part of the costs of the project (website domain, travels, promotion, rent of technical equipment, purchase of digital licenses…) were crowdfunded through a campaign on the platform: produzionidalbasso.org, which reached twenty six hundreds euros, also thanks to the use of social networks and to two public presentations with the Chilean protagonists. Beyond the financial support, The crowdfunding campaign highlighted the public dimension of the project, allowing for the creation of a participant audience and for the direct involvement of the exiles’ community. 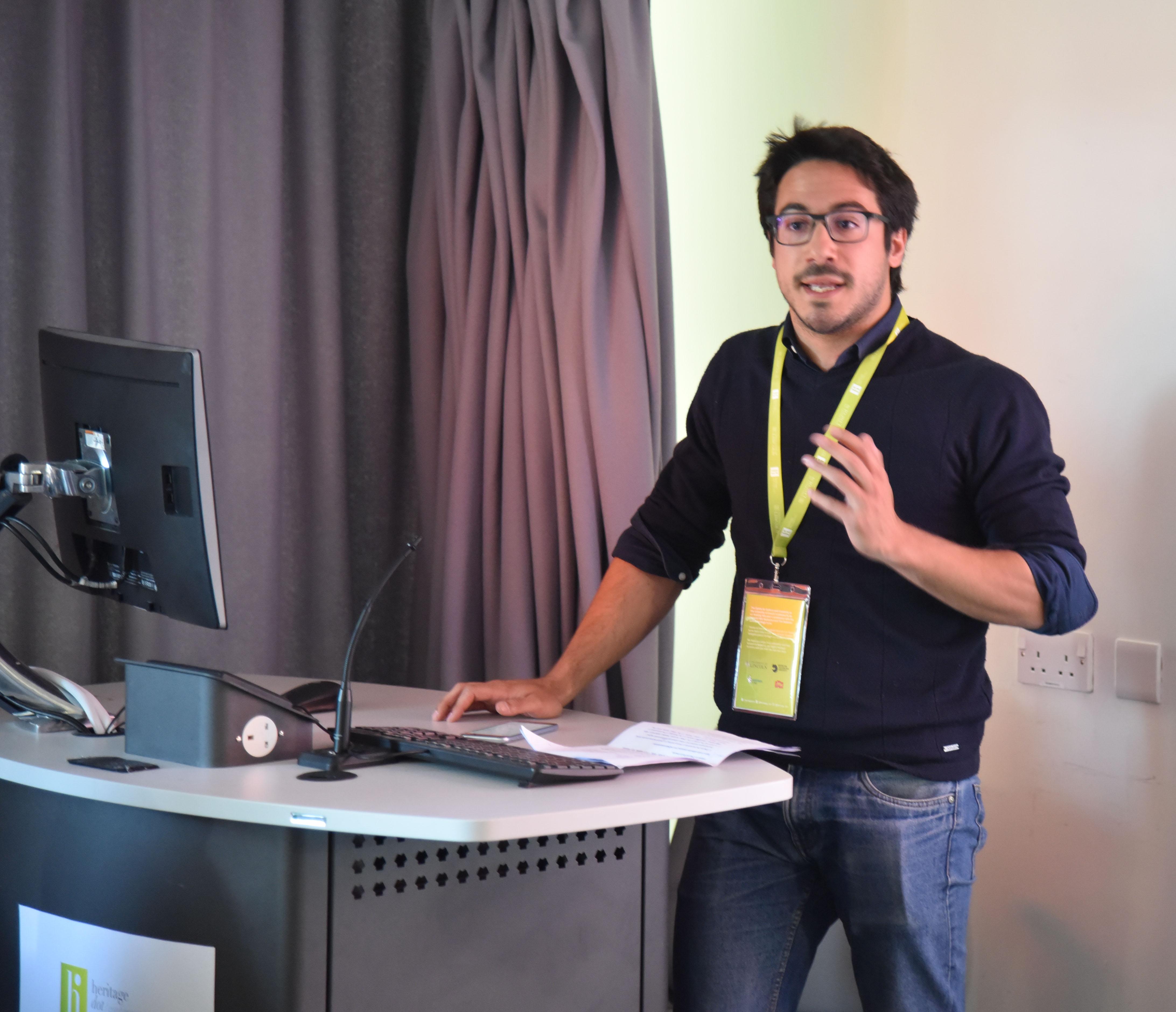